Binance’s chief strategy officer said it took his company two hours of due diligence on FTX to determine that Sam Bankman-Fried’s crypto exchange was beyond saving.

“It was like a bomb went off in that place,” Patrick Hillmann, Binance CSO, told CNBC on Thursday. “You know, we’re getting on calls, people are crying. … It was complete pandemonium over there,” Hillmann said, adding that when “Sam went completely silent on them, the entire organization just fell to pieces.”

FTX’s spectacular collapse last week was first made apparent when Binance, the world’s largest exchange for cryptocurrencies, said on Nov. 8 that it signed a nonbinding agreement to acquire its smaller rival for an undisclosed sum. FTX was in the midst of a liquidity crunch, with customers demanding billions of dollars in withdrawals a day. It was money that FTX didn’t have, because it was using client deposits for other purposes.

Binance technically had 30 days to explore a deal, but the next day it backed out of the rescue plan, saying in a statement that FTX’s “issues are beyond our control or ability to help.” As one of FTX’s first investors, Binance knew the company well.

FTX’s lavish expenses included a $135 million deal for the naming rights to the arena of the NBA’s Miami Heat, a Super Bowl ad featuring comedian Larry David and sponsorship of Formula One.

Read more about tech and crypto from CNBC Pro

“For us, if there’s smoke there’s probably fire,” Hillmann said. “I don’t think we ever even could have come close to realizing exactly how hot the fire was burning inside.”

Hillmann said lawmakers and venture capitalists were apparently drawn in by Bankman-Fried’s persona and appearance of credibility. He said the FTX founder was either like Theranos’ Elizabeth Holmes, who Hillmann said was “completely delusional,” or Bernie Madoff, who was “manipulative” and created a “cult of personality.”

“There’s no middle ground,” Hillmann said. “It’s one of the two.”

CNBC reached out to FTX, which had no response to Binance’s accusations. Bankman-Fried, who resigned from the company and was replaced as CEO by restructuring expert John Ray III, says he’s still trying to reach a financing deal in a way that can help depositors.

Ray, who was in charge of restructuring Enron, slammed FTX Thursday morning in a filing with the U.S. Bankruptcy Court for the District of Delaware, saying in his 40 years in the business he’s never seen “such a complete failure of corporate controls.” FTX said Bankman-Fried no longer speaks for the company.

Hillmann said that early on there were some concerns with FTX and its unsavory relationship with Alameda Research, Bankman-Fried’s hedge fund. However, the company had raised money at a $32 billion valuation from prominent investors, and Bankman-Fried made multiple trips to Washington, D.C., to testify in front of lawmakers. He was also a major contributor to Democratic political campaigns, while another executive, Ryan Salame, was a big Republican donor.

“We would just assume that because the scale and level of engagement they have with some of the most powerful people on this planet, that those checks and balances just naturally have to be there for those individuals to agree to be a part of their work,” Hillmann said.

WATCH: Binance decided FTX was beyond saving after two-hour review of balance sheet 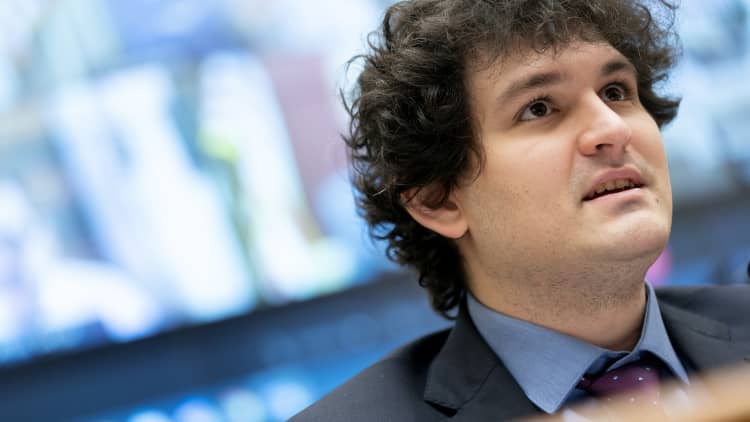 Netflix’s password sharing crackdown is coming: What we know so far about how it will work